If you value the thoughts and ideas below, please join the mailing list, and stay up to date with the latest blog posts. 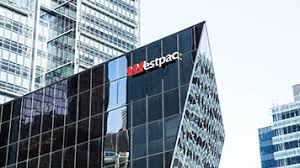 ASIC’s Loss to Westpac is Terrible for Everyone

Last month, an Australian Federal Court ruled against ASIC (Australian Securities and Investments Commission) in its responsible lending case against Westpac Bank, where the bank was alleged to have improperly assessed whether loans granted between 2011 and 2015 were suitable for customers. In a 29 June article, AFR columnist Karen Maley rose to the defence of Westpac bankers, saying:

Westpac’s latest win in the “wagyu and shiraz” case battle is a humiliating – but sadly predictable – setback for James Shipton and the revamped leadership team now charged with running the Australian Securities and Investments Commission.

Juxtaposed with Maley’s view was the view expressed by Kenneth Hayne, former High Court Judge and Commissioner Royal; he of actual gravitas. He stated that wherever ASIC saw the law disregarded its response should be to ask themselves this question: why not litigate?

But that was not the only thing he said. He went further. He said ASIC should litigate even where it predicted it would likely lose. Only that way, he explained, would deficient and inadequate laws, no longer fit for purpose, be exposed, having been tested in the courts.

Put differently, where the existing law was inadequate to the task of remedying an identified problem, legislative reform would be needed. But first, ASIC would have to make the case for such reforms by testing the efficacy of those laws in court, and demonstrating that the existing legislation was deficient.

So with that in mind, ASIC’s loss (and Maley’s misplaced and ill-informed criticisms) can be subjected to a sober assessment.

Reckless lending is a time-bomb

ASIC’s case against Westpac was based upon a perceived need to punish Westpac for engaging in reckless lending, and a desire to dissuade it and other banks from continuing with that practice. Why? Because reckless lending leaves consumers over-indebted, and vulnerable in the face of a sudden and steep economic downturn.

Such downturns are hard to predict, and are often the result of unforeseen events – like a global pandemic – a coronapocalypse, if you will. When an unusual event like Covid-19 occurs, or worse, a true black swan event, consumers who have borrowed too much start to fall into default. It starts at the margins: with consumers who can’t service personal loans and shop credit, splurged on holidays and PlayStations and furniture.

From there it spreads to credit card defaults. And then vehicle finance. And finally mortgages. And when those defaults occur at scale – and especially when they spread to the mortgage belt – the banks that provided all that finance can become fragile. At that point, facing a potential financial crisis, taxpayers are saddled with the consequences of the reckless lending banks pursued.

This has happened. Ten years ago in the US, it precipitated a crisis in the subprime mortgage market. That in turn metastasised into a global firestorm, the embers from which still glow.

As Professor Gail Pearson points out in her chapter in the forthcoming Cambridge Handbook of Twin Peaks Financial Regulation, of which I am co-editor, 60% of all domestic bank lending is now in mortgages. She states:

So to be clear, it is not only right that ASIC tackle this issue. It would be indefensible if they did not.

ASIC’s responsible lending case against Westpac dates back to March 2017, when it initially charged the bank with failing to take account of borrowers’ expenses, as they were required to do by law. Westpac’s defence was that, strictly-speaking, they had complied, in that they had taken account of borrowers’ notional expenses. They did so by using the Household Expenditure Measure (HEM) benchmark. The HEM, by the way, provides a benchmark for expenses which is on the genteel side of the poverty line. It is, by any reasonable assessment, absurd.

Westpac initially agreed to a AUD 35 million settlement to resolve ASIC’s proceedings, subject to court approval. In an August 2018 case dismissal, Federal Court Justice Nye Perram decided that, irrespective of the fact that the HEM might assess notional expenditure at a level far below that of actual expenditure, it was nonetheless a justifiable method by which to comply with the affordability requirement contained in the National Consumer Credit Protection Act 2009.

In deciding that Westpac had not contravened the Act, Perram stated that:

(a) the policy objective of the Act was to prevent unsuitable loans;
(b) the test of suitability focusses on the customer’s ability to comply with their loan obligations – without substantial hardship;
(c) the Act does not prescribe how a lender is to make such assessments, it merely requires that the lender not make unsuitable loans; and
(d) ASIC’s case was based on a slew of ‘implied’ and ‘unnecessary’ rules.

It was in this case that Perram famously (or infamously – depending on your view) stated that a borrower may enjoy “Wagyu Beef and Shiraz” three nights a week (actual expenditure), but in order to service their mortgage, may well be prepared to make do with far more modest fare (HEM). Keep that metaphor in mind. It’s one I will come back to.

ASIC appealed, and to my great disappointment, lost. The majority of a Full Bench of the Federal Court upheld Perram’s decision. At worst, their Honours erred in that they failed to understand the context within which these laws were enacted. In particular, the systemic threats underlying Australia’s runaway property prices, or the manner in which this legislation should have been interpreted: not as a set of prescriptive rules interpreted in a positivist paradigm, but as a set of principles, designed to drive good conduct and financial consumer well-being.

At best, their Honours correctly interpreted the legislation, thereby demonstrating that it is inadequate to the task of combatting reckless lending. In major part because it fails to clearly direct the Bench away from a prescriptive, black-letter law, positivist and rules-based interpretation, to a principles-based approach, where consumer financial well-being is defined as the touchstone against which every provision of the Act should be interpreted.

Either way, ASIC has exposed the problem in practice, and the deficiencies of the purported remedy. If the regulator decides not to appeal to the High Court, then the stage must be set for legislative reforms. And those reforms are urgent, because make no mistake, this is the calm before the storm.

For example, there have been reports in the press recently of soup-kitchens in Adelaide providing food to families – including families with mortgages. To be clear, these people are not skipping Wagyu Beef and Shiraz. They’re skipping meals.

Lies, damned lies…. and statistics (with apologies to Oscar Wilde)

In the interim, our banks have fought a concerted rear-guard action (with apparent supporters like Maley), designed to question ASIC’s motives and undermine their strategy. In so doing they hope to sap ASIC’s morale, so that ASIC will cease interfering in their drive for profit-at-all costs. Including by leaving consumers, especially vulnerable consumers, over-indebted and trapped; and worse, setting those consumers up to be the kindling for a fire, the first sparks of which may soon become evident in the wash-out from Covid-19.

Principally, banks have argued that ASIC’s ruckus over HEM is making it harder for hard-working Australians to obtain loans. That argument comes from the same playbook that gave us this gem: a Royal Commission into misconduct in the banking industry will cost a fortune, and those costs will ultimately have to be borne by consumers.

It’s a veiled threat, and it’s the PR equivalent of Saddam Hussein’s Human Shields Strategy: hold us to account, and we’ll punish Joe Public. It’s a threat that is not only transparent and insulting, it is also factually incorrect. For starters, I imagine that tighter lending laws would see exactly the same number of borrowers succeed in obtaining loans. They just won’t get loans that are as big. The technical term for which in the academic literature is affordability.

It is true, however, that we have seen a decline in the provision of loans of late. But according to data from the Australian Bureau of Statistics, this has not been supply-side driven. It has been demand-side driven.

If the warning signs – a property bubble; our big four banks ever more dependent on mortgages; an exogenous shock to the economy delivered by a global pandemic; and wide-spread reckless mortgage lending – morph into a financial crisis in Australia, the question will surely be asked: why don’t we have laws to prevent reckless lending?

To that the reply will be, we do, we just don’t enforce them. And when the howls pour forth: why on earth not? the response will be: well… apparently they were all too much… Wagyu Beef and Shiraz…

The article first appeared on the Regulation Asia website.